I WOULD RAISE A TRANSGENDER CHILD IN TEXAS, BUT I COULDN’T DO IT ANYWHERE ELSE.

My daughter, Libby, loves her birthday. Starting the day after her birthday, she begins the countdown to her next birthday, drawing up lists of all potential plans for celebrating. This girl loves to celebrate with her friends, and this year we kicked it off with a tea party at the American Girl store with Libby’s sister and her very best friends from preschool. And none of them cared in the least that the birthday girl is transgender.

We had no idea what to expect when this group of friends first met nearly five years ago. When Libby began preschool, our family had recently returned to Dallas to live near my parents. We told ourselves we would give it a year and if we hated it, we would move. A year passed and while we still struggled with some aspects, we had found community. Our daughter found her community. We realized that the bond these little girls and boys formed runs deep. The director of their preschool told me recently that she fondly recalls how fiercely this cohort of little ones supported each other. She laughed, saying, “And they used their powers for good!” No one knows that better than my family.

My daughter socially transitioned in her kindergarten year with this same group of friends. One might assume in Texas, in the Bible Belt, this would be a grand to-do among her classmates. It was truly a non-event. As the other parents in the classroom started having conversations with their children, they realized that their children were fully aware of who Libby is and needed no explanation of her transition. One mom shared with me that her boys were so excited about Libby’s name change, as if they could finally close that chapter and everyone could move on.

As happy as we are for Libby, we are very aware that her story is not the rule for many transgender youth in Texas. So when the Texas Legislature began attacking my daughter and every other transgender child across the state, we knew we had no choice but to fight for equal treatment, dignity, and respect for every single one of them. My daughter is loved and accepted as herself at home, in her schools, and our community.

We are often asked why we don’t leave Texas with its sometimes dangerous politics. As I followed my daughters and their friends around the store last week admiring dolls, making jokes, and loving every moment together, all I could think was, “how could we ever leave Dallas?” I spent the afternoon with the biggest smile on my face, so grateful to share these moments and for the many who have taken the time to know and love my family.

It is so exhausting to live in a state where political leaders pride themselves on their discriminatory actions. But the kindness, love, respect, and support we receive from our community — the people of Texas — is far more energizing. It would devastate my family to leave our home and community, and we simply will not stop fighting the inequalities in this state and the ignorance that feeds them. We can’t stop. And we are fortunate to have a huge community behind us. So, thank you, to our many friends across the state who stand with us in the fight for equality. And to every transgender Texan, we see you, we stand with you and for those unable to be visible, we will carry your voices with us in this fight. 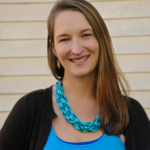 Rachel Gonzales is an education and resource coordinator for Equality Texas. She wrote this column for the Dallas Morning News.

Become an advocate today to help defend the rights of all trans people in Texas, especially kids.